Use the computer for a better view. 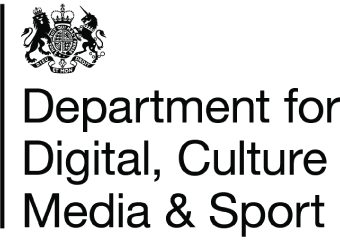 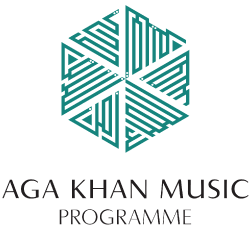 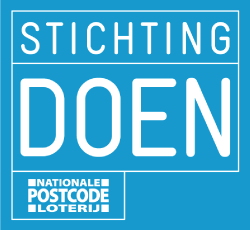 It is difficult to talk about music in the Syria we know today without referring to the music scene in what was known as "Greater Syria", or to this scene in the entire Levant, with its Moroccan and Andalusian extensions.  The musical traditions and practices in this region of the world continued for centuries and were carried forward by Assyrian, Persian and Islamic civilizations, and transported by wars and invasions, as well as caravans of trade and pilgrimage.  We would rather limit this brief and necessarily inadequate introduction to a summary of some of the essential features of Syrian music today, largely ignoring contemporary commercial music, which falls outside our research.

The diversity of the music scene in Syria today can be described in more ways than one; for example, there is the geographic and demographic diversity, that divides it into rural and urban music, then there is the factor of mobility and communication with neighboring countries that has resulted in the border areas being influenced by the musical heritage of countries such as Iraq and Turkey, and there is the ethnic diversity, perhaps the most obvious characteristic of Syrian music due to the many ethnic components of the Syrian society.   On the other hand, there is the influence of the multiple forms of Christian and Islamic religious music that went beyond religious practices and appeared in worldly music, and there is also the impact of political relations in the region, which has produced special musical relationships such as that with the music scene in Egypt.  That is why it's hard to describe Syrian music by categorizing it, and so here we limit this introduction to describing some of the common musical practices in Syria that many would consider unique to this country:

Al-Muashahat: A very famous singing form, especially in Aleppo, a city considered to be one of the homes of this art form.  The Aleppo Muashah is derived from the Andalusian Muashah, but the latter focuses on the poetic rhythm while the focus of the former is on the musical structure.   Among the most prominent composers of The Aleppo Muashah are Omar al-Batsh and Abu Khalil al-Qabbani, who lived for a long time in Egypt, as well as Antoine Shawa and Sheikh Ali al-Darwish, all of whom were major contributors to the artistic renaissance period (1789-1937), the golden period of Arab and Levantine music.

Rural Songs, also called folk songs:  These mostly reflect on the seasons of planting, harvesting and rain, and are found mainly in the Syrian Jazeera and desert.  This genre includes many types such as “al-Ataba al-Shoroukia” and “al-Ataba Al-Suwayhiliya”, the “Nayel”, Bedouin poetry recital, “Muliya”, “al-Lala”, and “al-Hajini”.  This traditional singing genre is very similar to Iraq's folk music.  These diverse fold music traditions also include the “Mardelli” songs, a very popular in the Syrian Jazeera and that is an outcome of a large fusion of ethnicities such as Arabs, Kurds, Syriac, Armenians, Turkmens and Yazidis.

One of such songs that you can find on the map is "Dhalal", an old Mardelli song, the Kurdish song "Shukria", and "Nakh al-Jamal", a bedouin “Heda’a” song.

Syriac religious chanting: This is one of the many types of religious chanting that exist in Syria, and that is directly related to Syriacs, a people descending from the Aramaics.   Syriacs live mostly in the Syrian Jazeera as well as in Damascus, Aleppo and Homs, so this type of chanting varies and exists across these areas.  There are many non-religious songs in Syriac as well.

You can find two examples of the Syriac hymns on the Syria Music Map: "Shobho" and "Amano Moreau", and for non-religious songs there is "Oh Habibo" by the singer Habib Mussa.

The collective Adhan of the Umayyad Mosque: One of the most distinctive features of The Islamic musical heritage in Syria, where more than a dozen muezzins gather, usually at the minaret of the bride, and recite the adhan with one collective voice.  This ritual is said to have begun in Syria in the late 15th century, where pilgrims gathered to go to Mecca, so muezzins resorted to a collective adhan so that the sound could be heard throughout the city.

These examples are just a glimpse into a vast scene of musical diversity, but they present a clear indication of the richness of the Syrian musical heritage.  This is why we would like to emphasize two fundamental points: the first is the importance of this heritage and the need to preserve and transmit it in a way that allows future generations to learn and practice it, so that they can preserve it in their own way.  The second point is the difficulty in determining the historical or geographic origin and trajectory of all these types of musical heritage, given their entanglement within Syria and their mobility inward or outward its current political borders.   To bypass this difficulty, we have resorted to placing a song or a music piece within the area where it is most prevalent, while mentioning the other areas where it might be found too.